8 Best Places for Milkshakes in Montana 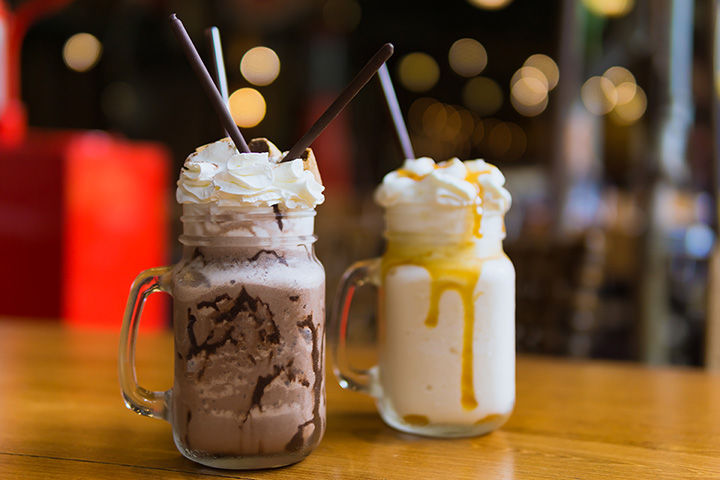 Is it possible that milkshakes simply taste better under the Big Sky than they do anywhere else? Given the multitude of quality milkshakes to be had in Montana, it seems like that very well may be the case. As good as they all are, though, some just naturally rise to the top. Here are our favorite places for milkshakes in Montana.

If you’re looking for a milkshake in Missoula—or Billings or Helena, for that matter—Big Dipper Ice Cream is the place to go. All of their ice cream is made in house, so you know their shakes start with a quality base ingredient. The chai shake has just the right balance of richness and spiciness.

Although the place is called Best Burger, some of the best milkshakes in Montana can be had at this popular Bozeman eatery. They make all of their shakes with Montana’s own Wilcoxson’s Ice Cream. Be sure to try the huckleberry shake, a local favorite.

Supplying sweet treats to Montanans since 1922, the Parrot Confectionery in Helena is as popular for its soda fountain as it is for its chocolates. As an authentic old-fashioned fountain, The Parrot isn’t going to overwhelm you with a number of flavors. Rather, they will wow you with the quality of the flavors they offer. The Parrot is known for chocolate, so we recommend the chocolate-on-chocolate milkshake. And, although it’s a bit of a non-sequitur here, get a bowl of chili. You kinda have to if you’re at The Parrot.

Candy Town USA is not only Montana’s biggest candy store, it also happens to be an awesome destination for delectable ice cream creations. The old-fashioned soda fountain at Candy Town USA also makes all their milkshakes with Wilcoxson’s Ice Cream, including the inevitable huckleberry. But we have to say that we were particularly partial to the “Hot Rod” shake: Vanilla ice cream with house-made, hot cinnamon syrup and a pump of chocolate.

Sweet Peaks Ice Cream is another Missoula milkshake mainstay—along with outposts in Whitefish, Kalispell, and Bozeman—that keeps folks flocking for their flavors all year long. They feature eight or nine regular ice cream flavors, along with another eight or nine that rotate seasonally. We couldn’t get enough of the bear scat, with chocolate-covered blueberries.

Ford’s Drive In is a beloved icon of an eatery in Great Falls. They have also been awarded “Greatest Milkshake” honors on multiple occasions by the Great Falls Tribune. Ford’s has more than 50 milkshake flavors from which to make a decision. Huckleberry and candied apple are a couple of the favorites at Ford’s.

Norm’s Soda Fountain is, as you probably guessed, a classic soda fountain. Yes, you can get egg cream or an ice cream soda. But you can also order up one of Northwest Montana’s best milkshakes. They have dozens of flavors you can choose from, but we like to stick with the blueberry or huckleberry when we visit the Flathead Valley.

When you’re jonesing for a milkshake in Glacier National Park, you won’t have far to go to cop a cold, creamy confection. Head over to the Ice Cream Shoppe at Eddie’s Café & Mercantile in the heart of Apgar Village, and they’ll hook you up with the flavor you’re craving.