The 8 Best Places to Celebrate St. Patrick’s Day in Montana! 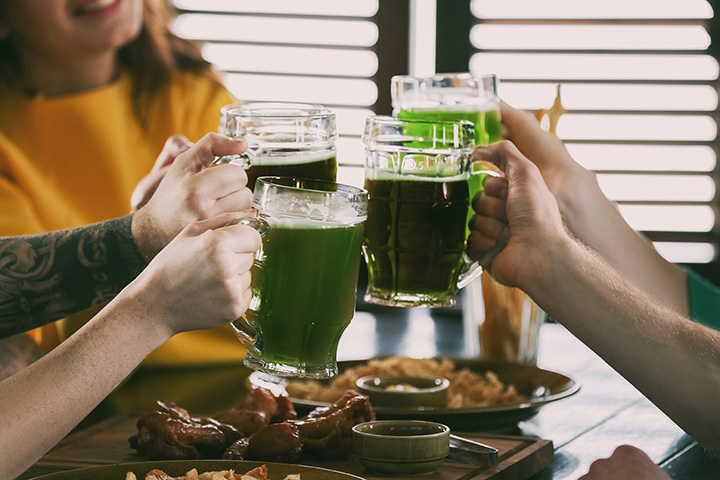 Big Sky Country is surprisingly green—and it’s not just the foliage. At the turn of the 20th century, Butte boasted a higher percentage of an Irish population than any city in America. These concentrations of Irish communities sculpted neighborhoods into genuine homes-away-from-home. So, where to go on St. Patty’s Day? Definitely a pub, absolutely parade, and without question a Celtic fair. Below are the top 8 spots in Montana to enjoy Guinness, Gaelic and green-tinted libations.

Being the mecca of Irish-dom in Montana, the parade in Butte is a requisite notch in one’s holiday green belt. Starting in “uptown,” events commence around midday, passing through downtown before culminating in a street festival of live music, food and dancing amidst a sea of green. The festivities attract over 30,000 thirsty fun-seekers from around the world.

This pub is an ideal representation of the American-Irish pub. It’s a very fun, polished place for the holiday. The beautiful, historical-downtown brick building encloses the bronze bar poles, dark woods and green felt of an Irish pub. A great food menu of authentic pub classics and modern embellishments absorb just enough alcohol to ensure a long and enjoyable St Patty’s.

Sitting on the first official plot of “Butte City,” the Silver Dollar is another welcoming dive bar. No-B.S. bartenders greet visitors as they settle-in to the glow of a neon “Butte” sign hung on an adjacent wall. Silver Dollar is your more traditional western bar—sans the country music—a lone pool table, trinkets on the walls, and a prevalence of wood, noise and no-nonsense. Other than the laid-back atmosphere, the highlights of this venue are cheap drinks and a decent stage for live music.

Run to the Pub, Bozeman, MT

On St. Paddy’s Day, many drink, a few exercise, even fewer do both. For those with a runner’s spirit, Bozeman hosts a 10K or half marathon, ending with beers and a post-race Irish celebration. Even if lengthy periods of exercise aren’t you’re thing, don’t fear. The run is approachable for beginners as it’s mostly downhill, racers are fun and casual, and registration includes a technical race shirt, a unique finishing medal/bottle opener, a Run to the Pub pint glass, a RttP themed buff, one free beer (for those of age), and a great after-party. Proceeds go to a local nonprofit.

Perhaps one is seeking a much mellower but similarly authentic St. Patrick’s Day. March to the chapter of the local Elks Club, which hosts an annual Irish celebration. The evening begins with a small parade through downtown Red Lodge, ending at the Lodge for dinner, drinks and entertainment. There’s live music (including bagpipes), green beer and the ubiquitous—and necessary!—corned beef & cabbage.

Obviously, Hooligan’s is the spot for football season—it has every sports channel imaginable and the boasts the largest big screen in the state. But it’s also a great spot for St. Patty’s day food and drink. A traditional-ish pub sign bearing two lions hangs over the door, beckoning towards the long, sleek bar that stylizes the space. Though more polished than an authentic pub, the corned beef, food specials and plethora of TVs make Hooligan’s a really fun holiday spot.

This decades-old Irish tradition is a real sight with large floats and a kaleidoscope of traditional music and dance parade down the main drag. The street fills with food vendors and entertainment smells and tunes of Emerald Isle nostalgia and the spectacle keeps young and old entertained throughout the early afternoon. Once full on local treats and not-so-local brews, walk the town and happen-upon another St. Paddy's celebration.

Run To The Pub

9:30 AM
Run To The Pub, Bozeman, MT
Learn More
Select a Montana town to find
the Best Things-To-Do and Places To Go around you